Saturday morning brought with it the early morning amassing of 627 people for Parkrun in Poole. This was a record turn out – and it felt like it! I usually love Parkrun and still enjoyed it this week but it just felt a little too massive – so many people in a small space! It was a week for fast runs too as I came in at 18:48 and was still 47th, this time would usually get me inside the top 20… Even the winner did a PB of 15:08. 15:08! Can you imagine! I may try one of the other local Parkruns soon as they are generally a little quieter.

Note to self: Buy some longer shorts and smile when I see a camera. This must have been the final lap ; ) 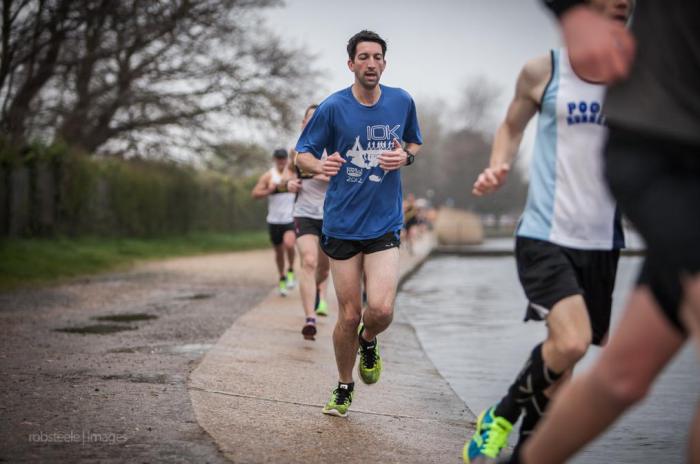 Then on the Sunday and The Long Run. It was my wife’s last weekend before doing the London Marathon next Sunday so she went out for a relatively short 10 mile run at 8:30am. When she returned I headed out into the rain, making the mistake of wearing my running jacket, a big mistake as I was boiling hot within 10 minutes! The worst thing however was my ankle, which began to twinge slightly 10 minutes in and by the time i’d run 4k was hurting so much I was limp-running – never a good thing. So frustratingly I had to limp-run back home and instead of my planned 90 minute run, I’d run for 20 minutes – not good!  I’m hoping it was a one-off thing and will try making up the mileage by doing 8-9 miles tonight but I don’t want to risk making my ankle worse. 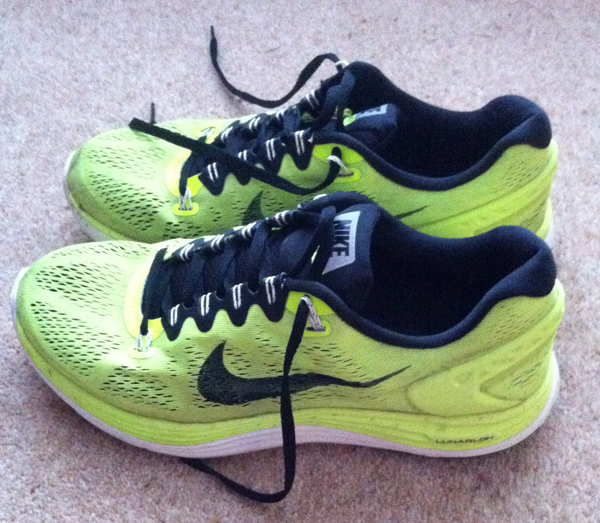 I have a theory that it’s because the foam in my Nike Lunarglides has stiffened. I used to have a dodgy ankle but found that Lunarglides negated whatever it was that was causing my pain so they have been my shoe of choice for the last couple of years. However, I’ve read that the foam can stiffen up if they’re dried too quickly after a wet run and goes after around six months of running anyway. I bought my latest pair in January 2014 but the weather has been so wet, that in 90% of my running they got soaked and were then dried under the radiator, damaging the foam slightly each time. Plus I’ve run around 400km in them! That’s the theory anyway!