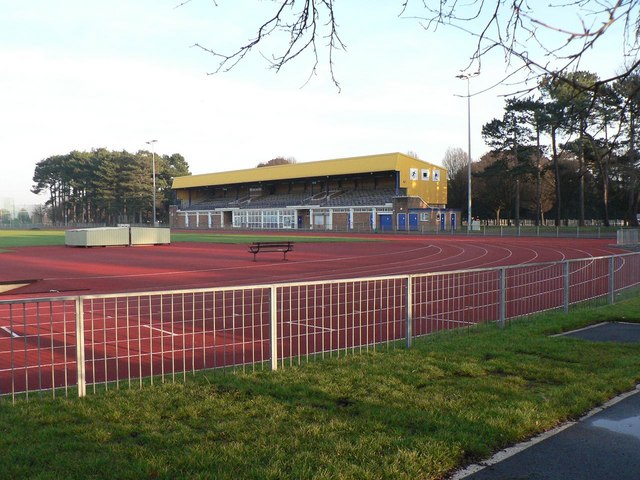 Of all the advice Iâ€™ve digested over the past couple of years around running training – varying what you do has to be one of the consistent suggestions. Weâ€™re only human and if you run the same routes and the same distances week in, week out youâ€™re going to get bored. With my short attention span this happens sooner rather than later, particularly through the long, dark winter nights. This is why I always try and mix thing up with track sessions, club nights, long (boring) runs and cross training. Iâ€™d rather try something different than let my running career fade into repetition induced decline. This was part of the reason why I did my first triathlon last weekend. Itâ€™s also why Iâ€™m competing in an athletics open meet this Sunday – what better way of doing a speed session than entering a track competition?!

There will nearly always be an open track competition somewhere near you between the months of March-September. Check Power of 10 to see what events there were the previous year, then apply!

Doing the Triathlon scared the sh*t out of me, giving me a near enough sleepless night before. This track meet is doing the same – but I love it! Itâ€™s exciting and something Iâ€™ve never done before. My heart races with adrenaline when I think about slotting my feet into the starting blocks, waiting for the gun, as it did when thinking about jumping in to the swimming pool for the Triathlon.

So Sunday is looking like this (full timetable here):

I have absolutely no expectations of times or distances for any of the events and fully expect to by lapped by the youngsters (yes, lapped in the 200 metres, thatâ€™s how slow Iâ€™ll be). I donâ€™t even own a pair of running spikes! Iâ€™d be happyÂ with the following outcomes:

2) To make a jump that isnâ€™t a foul! Bloody tricky getting your long jump run up right and I havenâ€™t done it since school!

If you HAD to pin me down to a time/distance then Iâ€™d be over the moon with:

All of this of course is just different types of training for my regular longer distance club running : )

One thought on “Running Training: Try Something New – Athletics Track Competition as a Speed Session”