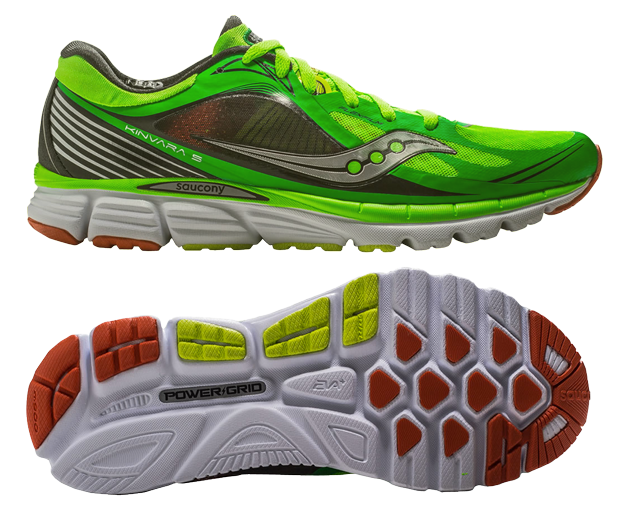 Earlier on this year I looked at the options for the best racing flats as I was focussing then on gaining even a 1% increase in time from a specialist racing shoe. I’m really pleased I went for the Newton MV3’s as they worked out perfectly and they’ve definitely contributed to the 5/10k PBs I’ve run this year. I’m now searching for the perfect running shoe for the longer distances of 10 miles, a half marathon or even the full marathon. Currently, I wear the Nike Lunarglide 5’s which I originally chose for their adaptive cushioning; I was having a bad time with my ankle/Achille’s and they came highly recommended. Now my situation has changed for two reasons, both of them relating to the racing flats that I now wear for shorter distances.

1) In wearing the more minimalist Newton MV3 racing flats, my ligaments/muscles/tendons have been forced to work as god intended them to, rather than how a cushioned shoe tells them. For a while this meant I was in agony before and after every run however over time, around one month, my body adapted to and even relished the more natural style. It was like a purge or going cold turkey – it really hurt to begin with but I was better for it in the long run (pardon the pun!) So whereas before, I had to think very carefully about the support offered by my running shoes so as not to irritate my ankle, I’m now fully healed and can focus on shoes that make me run fast.

2) Since running in a racing flats for the shorter distances, I’ve got used to the ‘ride’ offered by racing shoes and the lighter weight. In my racing flats I land on the mid-foot, roll quickly to my toes and push off at a faster cadence than before. When I now wear the heavily cushioned Lunarglides now it feels like I’m clip-clopping along from heel to flat forefoot and my Achille’s starts to ache. The Newton MV3 isn’t recommended for half/full marathons as it has a 0mm heel to toe drop and almost no cushioning. I’m looking now for the perfect balance between speed and comfort, erring on the side of speed and with some, but not excessive cushioning.

After much research and trying on of shoes, my top five racing shoes for longer distances are:

The Kinvara series has been around for a while now and it’s a model that I hear mentioned a lot by other runners – a proper ‘runner’s shoe’. The 10mm heel to toe drop is fine and not so high that you feel you’re balancing over the sole and with a weight of just 7.7oz the Kinvara 5’s are light enough.

In terms of aesthetics, the Kinvara 5’s look fast and come in a variety of colourways.

For this fifth generation, Saucony listened to feedback on durability issues as there were some that complained of the ‘4’ having a upper that was prone to tearing as well as easily worn tread on the outer sole. So the Kinvara 5 has a more flexible and durable mesh, enhanced EVA material in the mid sole and iBR rubber on the outer sole for longer lasting tread.

This is a serious contender for me.

The Boost technology is probably the most marketed mid sole in the history of running (ok Nike Air was pretty huge but that was basketball/Michael Jordan). In 2012/13 TV ad breaks and magazine pages were covered in promotional images of athletes rising higher off the ground due to this new foam mid sole. Every runner in the London Marathon 2013 wore a number over a #boost advert and at the marathon expo, we were treated to demonstrations of round balls dropping on to standard EVA foam vs Boost foam to show additional bounce from the Boost material.

But how to separate fact from fiction, advertising from real world experience? It;s also an assumption here that you want to bounce higher from your heel. Personally, I’ve been working on my technique and trying to not even let my heel touch the ground as all the Elite athletes run on their toes – a more natural running position.

However, there are many pro runners who swear by Adidas Boost. Dennis Kimetto, the brand new marathon world record holder at Berlin wore them, as does Steve Way, 100km Ultra running champion and former marathon record holder Wilson Kipsang as well. Having worn them myself I actually found the heel cushioning harder than the Nike Lunarglides. The difference for me was the bounciness in the mid to forefoot section which did add that welcome boost upon kick off.

Another option here is to go with the original Adidas Adios without the Boost tech. This was and still is widely used by bog standard runners and elites alike – Haile Gebrselassie was a great advocate.

I felt I should include Newton’s offering for longer distances given that this brand are my go to shoes for shorter races. The Newtons do force your body to adapt to a more natural ‘Newton’ way of running and this counts for every single shoe they make. I wouldn’t advise jumping straight into a half marathon race in these without first getting your legs used to them. 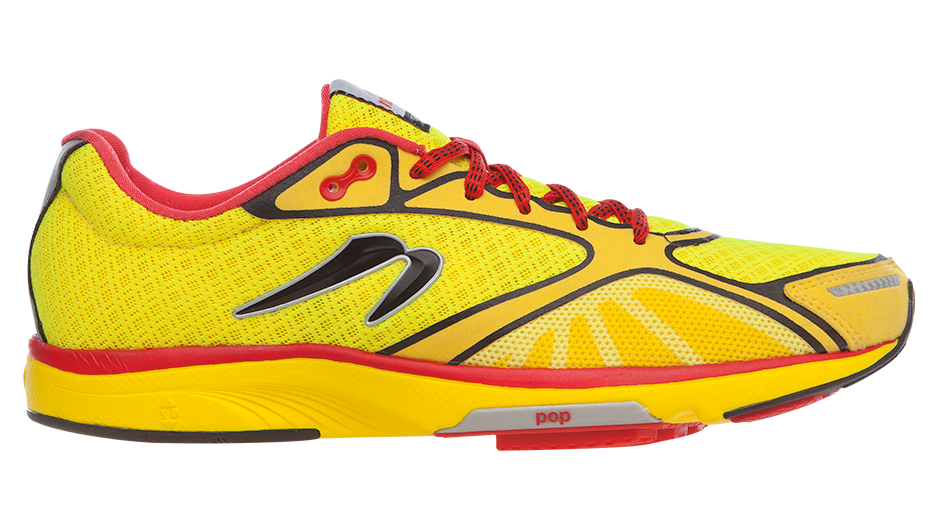 The Gravity 3 does look good and features five lugs on the forefoot which follow the contours of your feet/toes. It’s this P.O.P.1 system that makes it really hard to walk normally whilst wearing Newtons, but almost tips you forward when you start running.

These are probably the only serious running shoes that you will also see non runners wearing due to Nike’s wide appeal and the fact that their shoes always look great (in my opinion). They’re light! Oh so light at 5.6oz and with the mega comfy and secure flyknit upper the fit feels like a second skin. 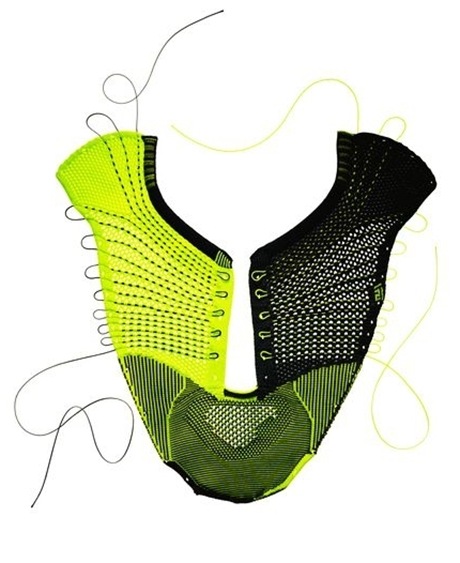 Price-wise these are the most expensive on the market at £130 when bought directly from the Nike website. Looks wise, they’re the best. Materials? Well they are of a very high quality and made from 80% recycled materials too. You know when you buy a pair of Nikes that many, many hours will have gone into research and development to ensure the best shoe for the best athletes. It’s just that you pay for all this at the counter.

The final running shoe on my shortlist is the Asics GT2000. My trail shoes are Asics (Gel Fuji Trainer2) and they have never fit me quite as well as my other shoes. It’s not a sizing issue, more that I can feel each and every contour of the inside of the shoe and so I vowed never to buy any again. Asics are such a highly regarded and widely used brand in running though, that I’d be a fool to not look at a model that comes highly recommended. 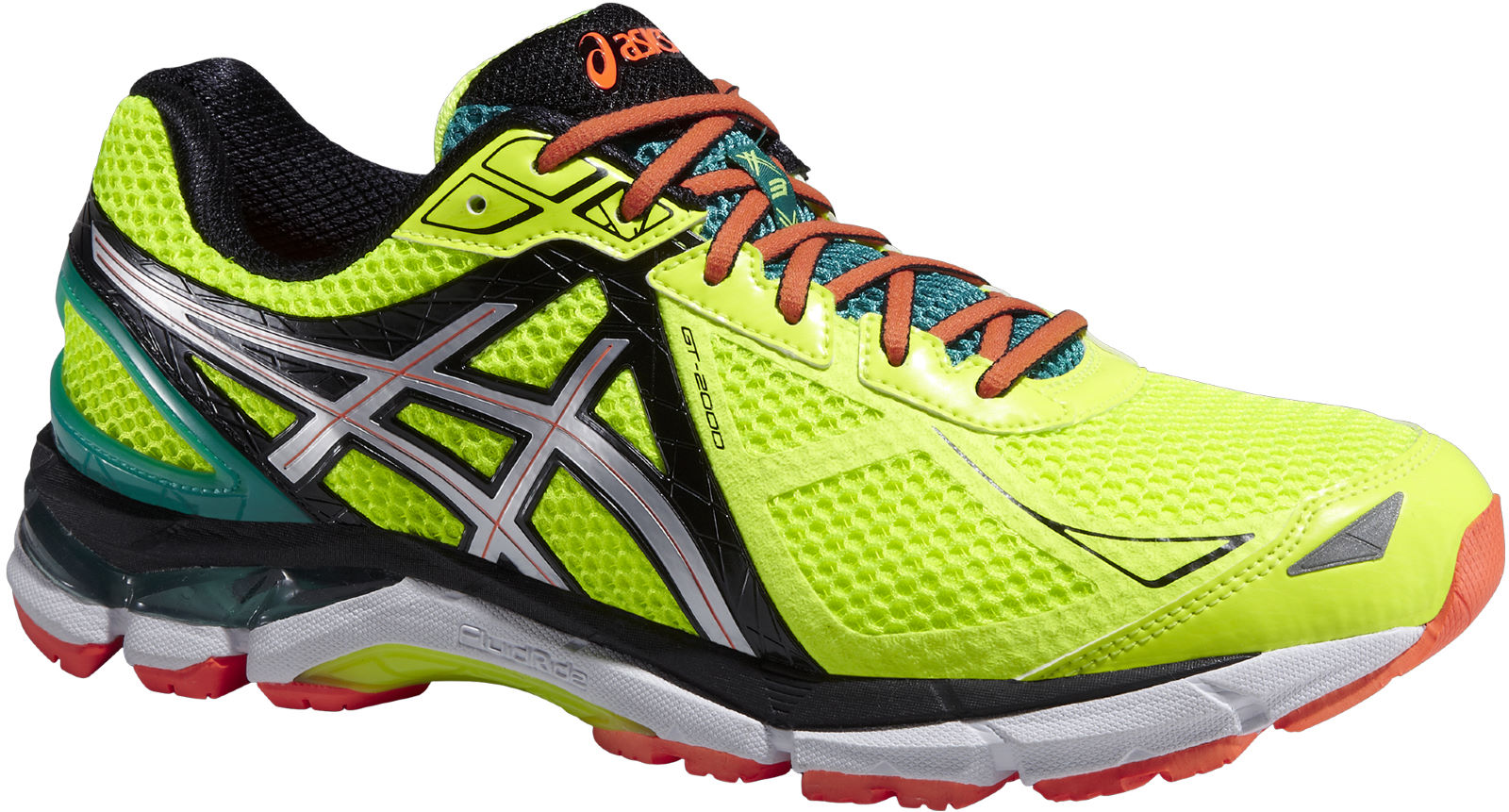 The GT 2000 is a highly structured and supportive shoe for those who like the feel of a soft soled shoe. A few years ago I would have made it my mission to find the shoe with the most cushioning in order to soften the impact on my ankle, however this is not now the case. For this reason, plus the relative heaviness (nearly twice the weight of the Nikes) I think I’l be passing on the GT 2000 – I need a racer, not a bouncy castle.

If anyone has any experience with other great shoes for longer distances then I’d welcome your feedback and experiences!