The London Marathon has been running since the year I was born in 1981. Each year it’s something that I flick the TV on to watch, leaving it on in the background as the race progresses from start to finish.

This year, I had the privilege of watching the race in London as my wife was running for charity. I say privilege as this is what it is – the chance to see 40,000 people putting their all in a single run, having trained for months previously, raising money for worthwhile causes and achieving their own personal goals.

We left early on the Saturday, taking a coach up to London arranged by local running club, Poole Runners. An excellently organised affair; the coach dropped us off at our hotel (which was directly on the marathon route), took the runners to the start line on the Sunday morning and picked us up from the finish at the end.

So after a nice catch up with family at Jamie Oliver’s Piccadilly restaurant we took the underground back to our hotel, ready for the activities of the following day.

Fletcher ready to cheer on mummy!

My wife (Jem) said goodbye at 7am, creeping out and down to the waiting coach in the early morning chill. My son and I on the other hand had a leisurely breakfast and watched the wheelchair and women’s races begin on TV, before heading downstairs and out into the marathon atmosphere. Stepping out of the doors we were hit with a wall of sound, from the Caribbean band playing outside the hotel, the thumping party music blaring from speakers around the corner and an endless line of supporters leaning over barriers to waiting for the first athletes to approach – all bathed in sunlight and blue skies.

Our spot really was great, allowing us to see the race pass us one way at 14 miles and coming back on the other side of the road at 21 miles.

My son (5 years old) was asking where Mo Farah was every 2 minutes and so we were both jumping excitedly when the Olympic and World double champion approached and sped past. And I mean sped. The guy ran past us faster than I would do 400 metres. He did the first 5km of the race in under 15 minutes and the first 10k in under 30m. Incredible!

The London Marathon website lets you track any athlete’s progress at every 5km, so it was to my phone that my eye’s kept glancing nervously to, to see how Jem was getting on. We were standing at about 22k so I watched her move from checkpoint to checkpoint until there she was, right in front of us waving away. When Jem passed us at 21 miles, she was STILL smiling and gave a little wave. Apparently it got tough just after that, but she finished in 3 hours 51 minutes. ABSOLUTELY AMAZING

When Mo came running back past us at 21 miles and I was a little surprised to see someone who does our local Parkrun follow swiftly behind – 8 minutes behind Mo! Steve Way was then the first ‘amateur’ to finish – amazing!

Ice-creams followed before finding our way to the coach for the trip home.

Entries open for the London Marathon 2015 on April 22nd and I may just enter….

Jem giving a wave and a smile!

Ok so I probably mention Mo way to much on this blog but hey, he’s the greatest runner in the world right?!

Saw this photo he posted on Twitter last night which I thought was great. It really shows the hard work that even Olympic / World champions have to put in to succeed. This is a pic of Mo Farah at a training camp in Kenya, ready for his London Marathon attempt in April. 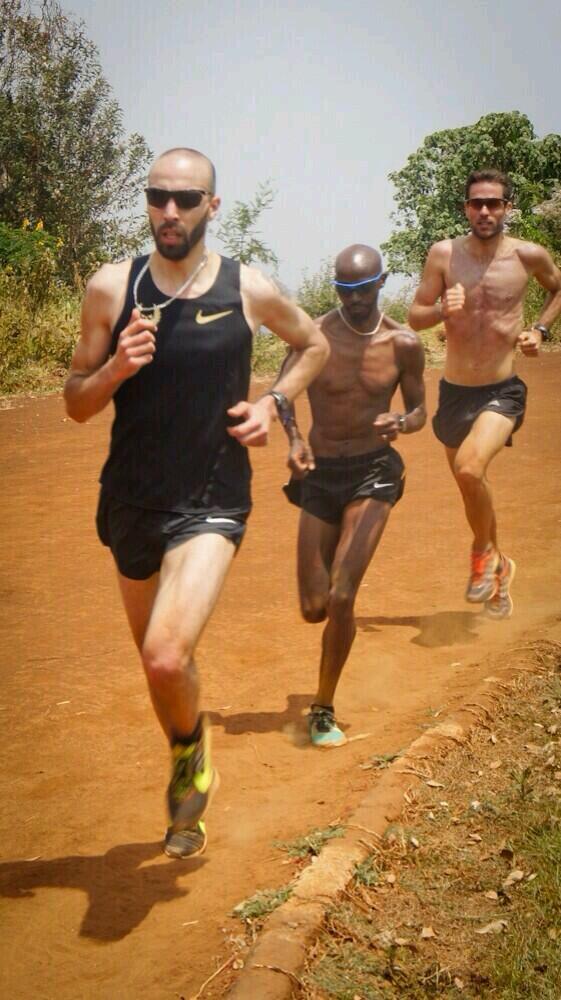 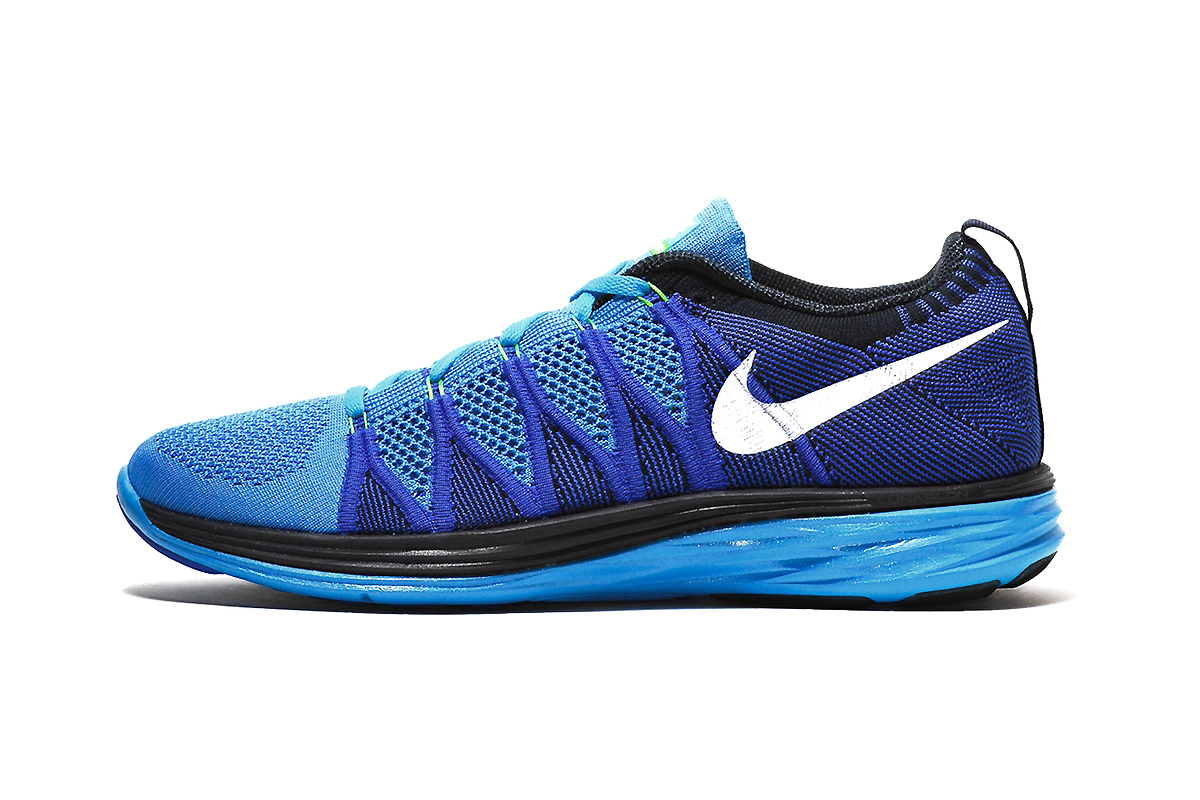 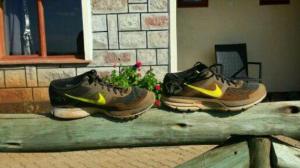 Mo recently tweeted a picture of himself training with the new Nike Flyknit Lunar 2′s.

They feature Nike’s Dynamic Flywire tech for extra comfy fit and the now well established ‘Lunarlon’ foam sole for cushioning. I have a pair of Nikes with Lunar foam and they are delish to run on. This Flyknit Lunar 2′s are out in the US tomorrow and hopefully the UK soon! 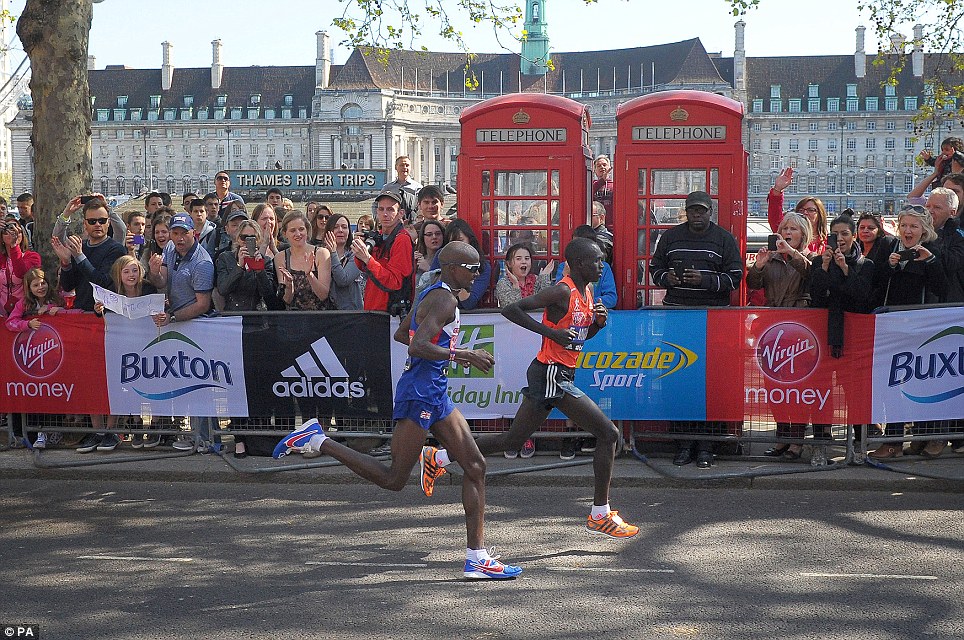 Both of these shoes are purpose built for running fast over difficult terrain. Ricky hails from Cumbria in the UK, well known for it’s hills and climbs and as a pro trail runner he was most recently the winner of the World Championships in Wales in 2013. Sponsored by Salomon, he wears the Salomon Speedcross 3′s and the Fellcross. 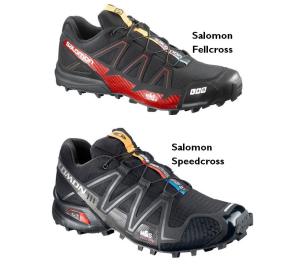 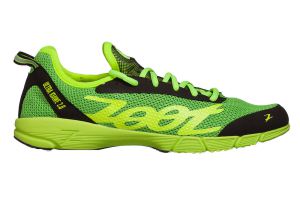 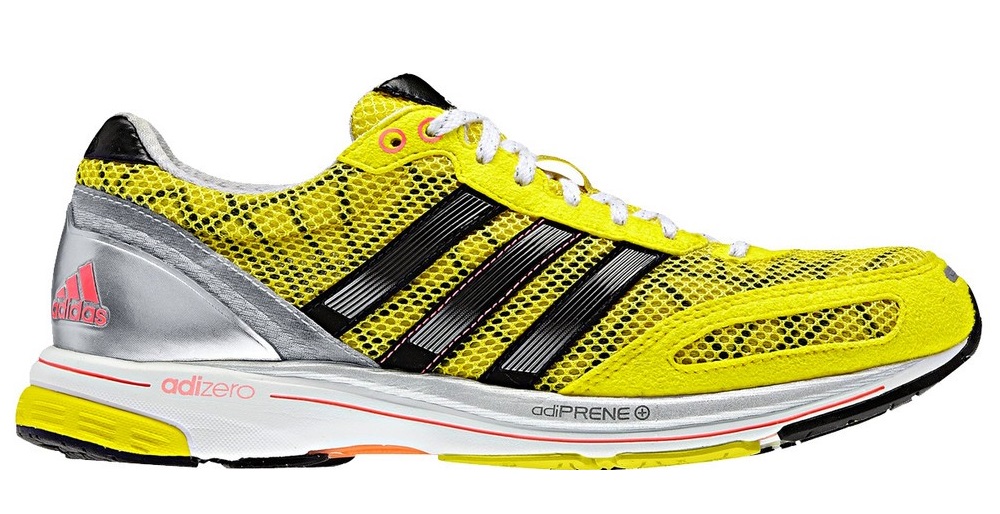 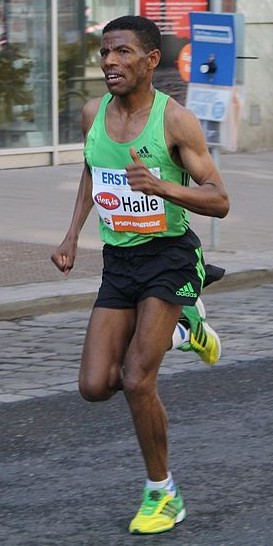 And my first time running a mile…

Last night’s training was the weekly speed session at my local track. As is now standard it rained, although the weather gods did give me enough time to run a few laps to warm up before the heaven really opened! The warm up is really important for speed work to avoid pulling a muscle as well as just to make the most of the session. There’s no point in wasting the first few training circuits taking it easy! After a long and busy day at work I pretty much fell asleep whilst reading my son his bedtime story at 6pm,so finding myself on a running track an hour later, the warm up gave my mind and body to wake up call it needed!

In related news, I saw Mo Farah share this photo on Twitter today of his speed work in Kenya! The bottom one is of his Sunday long run – see we all have to do them!

I really need to practice what I preach when it comes to this as I very rarely give my core a workout.

The great Mo Farah has stressed the importance of core workouts and stated how regular workouts have improved his times. So if it works for Mo…

There is more info on these on the Guardian website

This blog is called ‘Training a Runner’ because I am already a runner – I just need to train to be a better one.

We only get one life and one body for the journey, so I thought why not push it and see just how fast a regular Joe can run. I’ve written my goals on the about page, more for myself to be able to refer back to them. I have to admit that after seeing the Purbeck Marathon being named as the No.1 marathon in the UK by Runner’s World, i’m pretty tempted. Starting in my hometown of Swanage and taking in the amazing scenery of the Isle of Purbeck, it’s one of my secret 2014 goals. I’m not saying I’ll definitely do it, but if the opportunity arises, well… 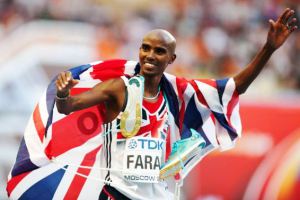 But the great thing about running is that although you race with lots of other people, and there is a winner, it’s just as much about individual achievements. I feel just as knackered at running 5k in 19 minutes as Mo does running it in 13, so the sense of effort and subsequent achievement is the same.

Last night’s training was 5 a side football, in torrential rain for an hour.

Tonight’s training is rain dependent so it will either be Fartleks at running club, or some hill resistance work, both for an hour.