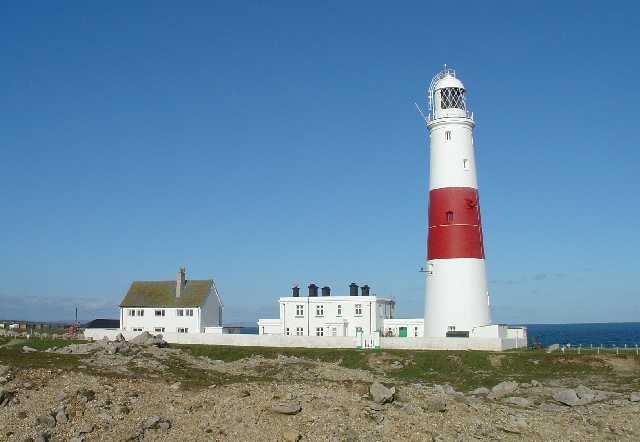 The Portland 10 mile race was part of this year’s local road running league, with clubs and individuals all vying for points. As you approach Portland you get a sense that there may be some hills involved in this race. The word ‘looming’ springs to mind as you cross the thin bridge of pebbles known as Chesil Beach and look up to see the cliffs of this rocky outcrop ahead of you. think Alcatraz…

Earlier rain had cleared and the sun was beginning to poke though. Anyone who knows me will know that I do not race well in the heat!

After winding up the roads to the top of Portland, we found somewhere to park, got our numbers and headed to the start, which this year had been moved from the main road and into a strange, car-lined residential street. After a very quick race briefing and with the sun on our faces, we were off! 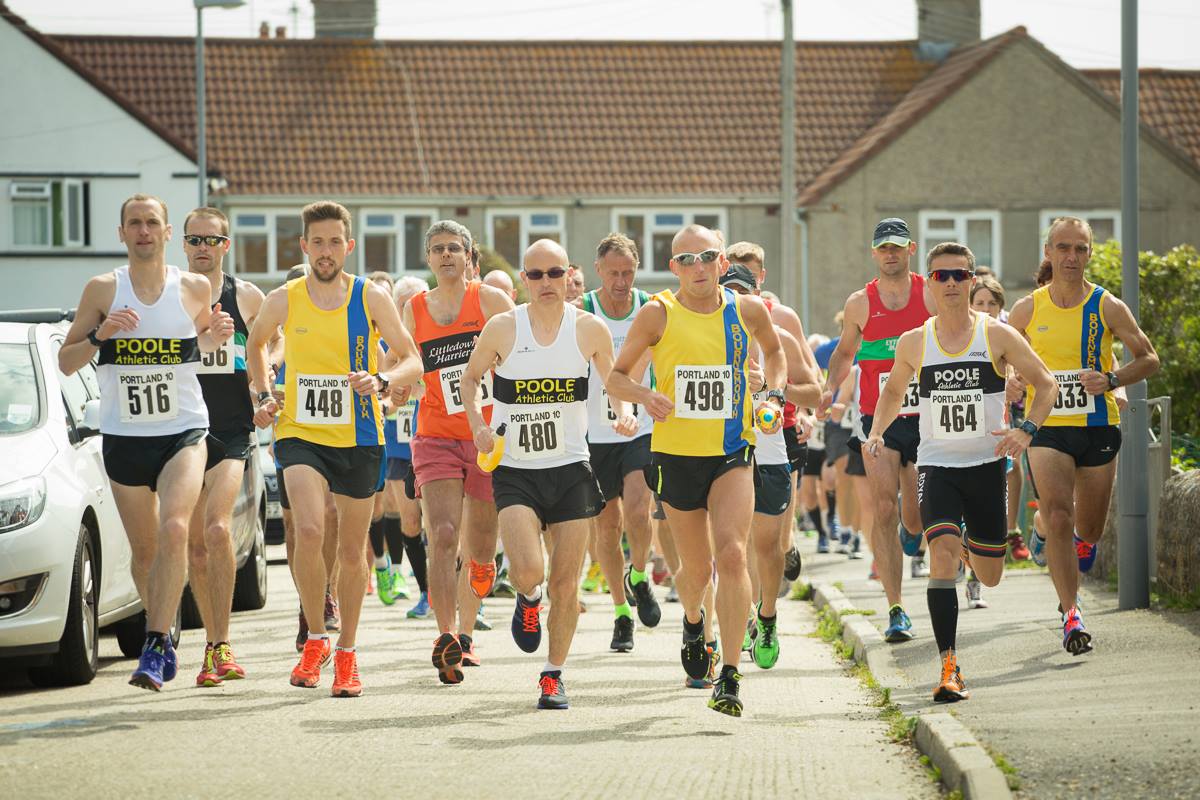 The start of the Portland 10 (Ed Coleman Photography)

The route initially takes you on a loop around the town (Easton?) for 3 miles, which involves a taster of the hill you will later have to climb. The problem I have with this race is that, psychologically, you know that the race goes downhill for the first half and uphill for the second half. So I decided that I’d go as fast as I could all the the way down to the lighthouse (first 5.7 miles) and then take the uphill section nice and easy. In my mind this sounded good, but in reality, as runner after runner overtook me on their (comparative) sprints to the finish – I bonked it. Can’t blame the heat, it was cooler than the last couple of years – just one of those days (finished in 69:57 – my usual 10m time is around 65 min)

My bad performance aside, the race was very well organised by the Portland running club with great, clear marshaling and a relaxed atmosphere at both the start and finish. 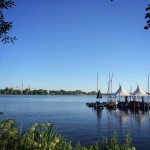 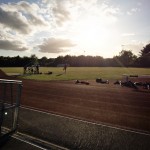