Having taken part in the Magic Mile event in August, this was another chance to see how fast I could do a mile. Many coaches suggest incorporating a mile sprint into your regular running training, as it pushes you both aerobically, anaerobically and physiologically in a completely different way to longer runs and even a track session. This was three circuits of the local cricket pitch – the route looks pretty boring from my watch data:

This event was technically a closed, club only event for local club Lytchett Manor Striders, as part of their annual club championship it was fastest time counts for points! For my wife Jemma, a good time in this mile would secure her the place of ‘1st Lady’ in the club championship – so there was a lot riding on it! Me? I was just along for the ride and saw it as a good chance to do some speed training. I wasn’t confident about beating my mile PB of 5:07 as for the last month I’ve been focussing on my triathlon training – running and swimming – rather than purely running.

My son Fletcher who’s only five insisted on taking part too once we were there! So he got his number and joined in… Here he is below sprinting at the end! 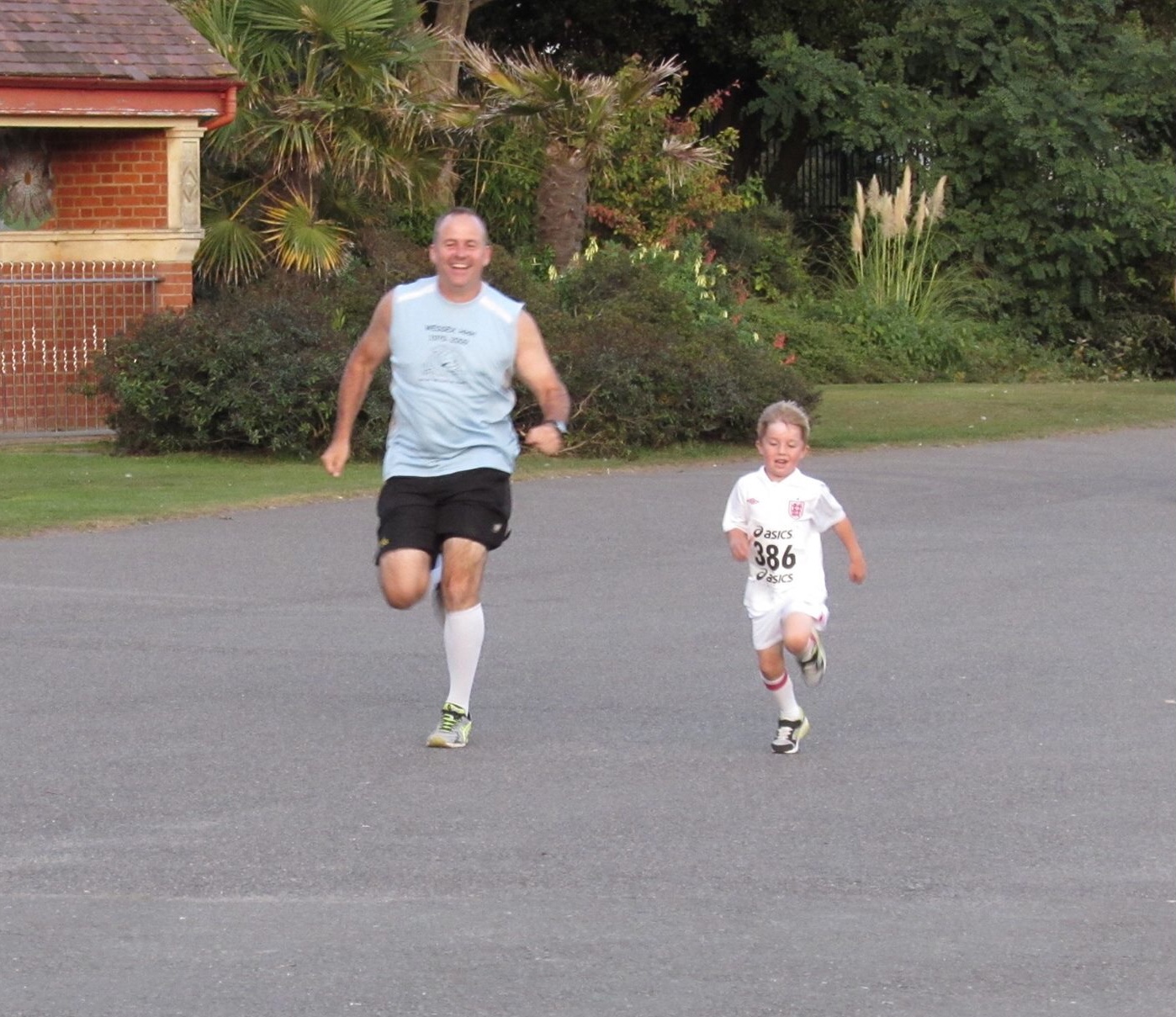 Fletcher sprinting in to not be last!

There’s not much to write about the race itself as it was over so quickly! I didn’t warm up properly and as such felt way out of breath within 30 seconds. Whereas the last time I raced a mile, I started slowly and built up my speed to sprint the last 200 metres, this time I was slowing down by the halfway point and at that point knew I was behind my PB time. I finished it in 5:12, 5 seconds slower than last time but a nice stretch of the legs. My chest was hurting afterwards so it must have been a good workout!

Here we are below setting off – it looks like I’m leading (that’s me in the yellow), however a guy called Lee was already way ahead and he finished in 5:03 for a PB! 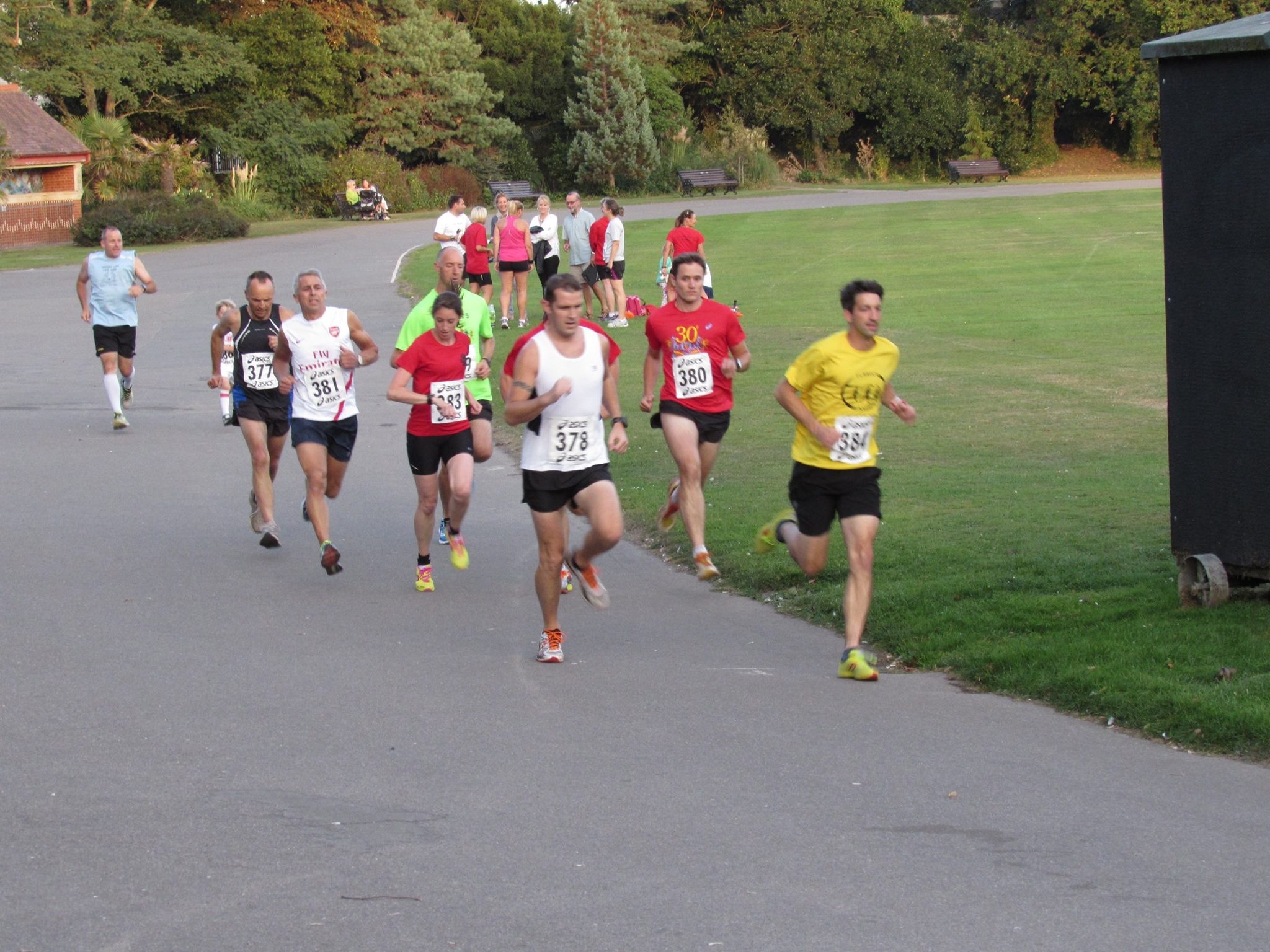 Jem finishing in 6:09 to secure her Championship win!

Club night tonight with Purbeck Runners which will involve some form of hill repeats, fartleks or speed session. 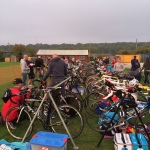 Running Training: Back To Winter Sessions with Fartleks / Hills »