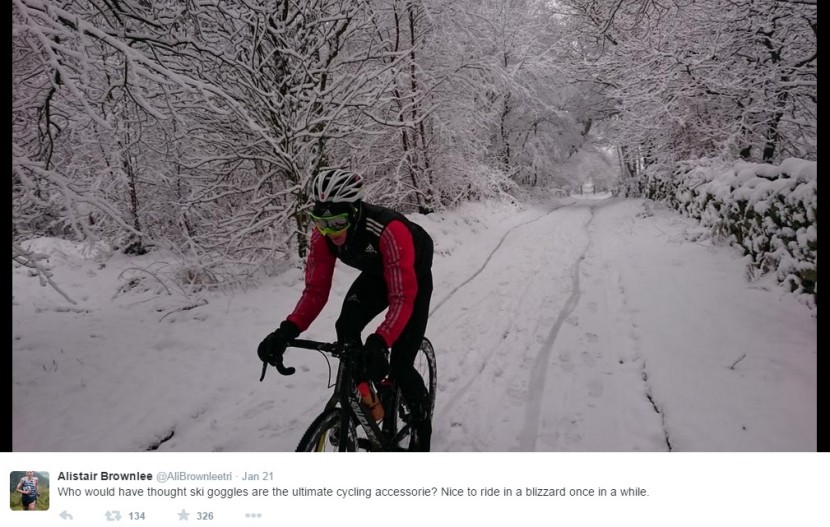 There was once a time when elite athletes were a sound-bite on the radio or a quote in the newspaper. Now however,, most of them have a Twitter account and project a constant stream of consciousness through the popular social network. Footballers, tennis players, F1 drivers, golfers – all have taken to Twitter to create a worshipful following.

Here are 10 elite runners on Twitter who are worth following for their daily inspiration and advice: 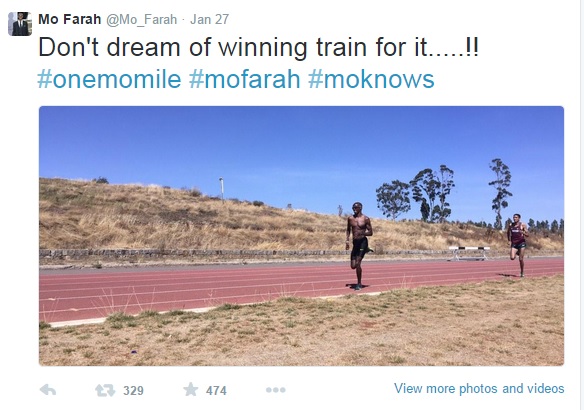 Just as active on Facebook as Twitter, Mo posts frequently from his social media accounts. Pictures of him training in Kenya or Ethiopa, motivational quotes… lots of exclamation marks!!!

Second in the European Championships 10,000m and inches behind Mo Farah, Andy Vernon showed excellent form in 2014. Hi Twitter is a nice mixture of training, jetting off to races and just regular, everyday things that we think elite athletes don’t do! 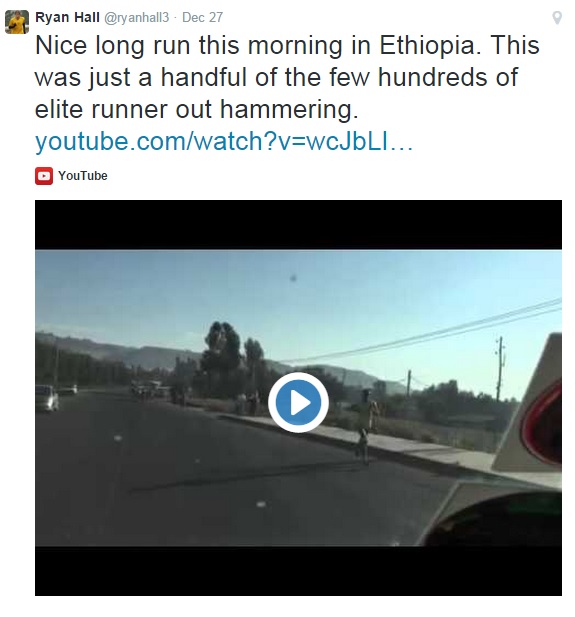 US Olympic marathon runner who, along with his wife Sara Hall is very active on social media. Follow Ryan for training pics from around the world and marathon talk. 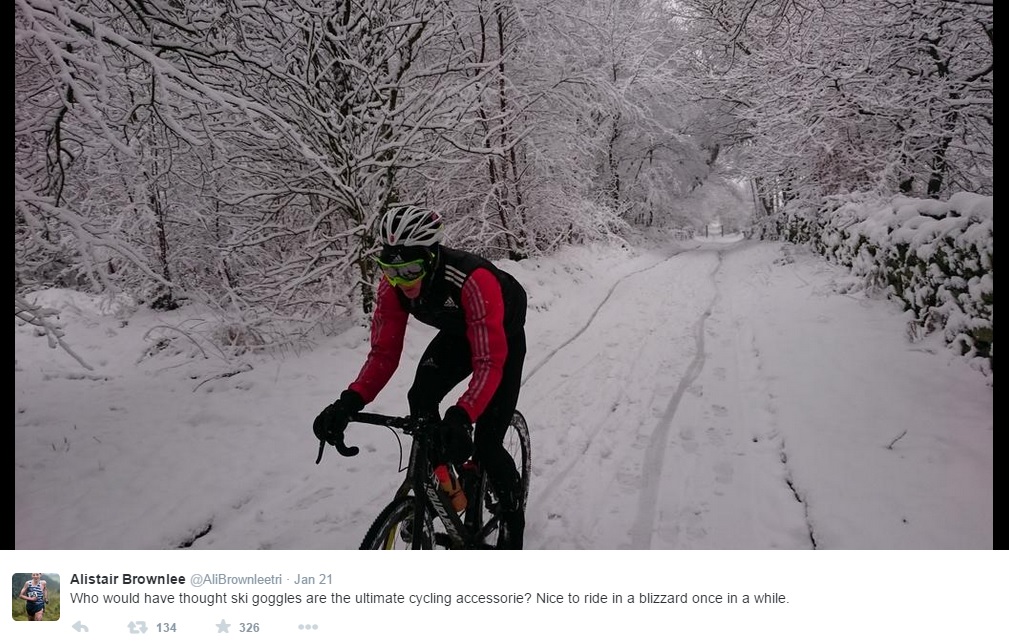 What better than to follow a Olympic, European and Commonwealth champion. Often uses Twitter to show training  and comes across as very down to earth, yet very committed to his sport (and Yorkshire). Technically a triathlete not a ‘runner’, but he can run 10k in 28.32 so… 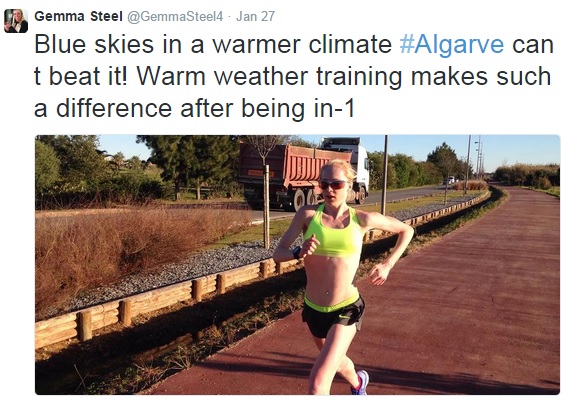 Gemma Steel training in the Algarve

Gemma is the third fastest  British athlete ever over 10k and Hal Marathon distance. Also shares loads of training pics!

Also says in her Twitter bio that she is the ‘third fastest Briton of all time over 10,000 metres” – must assume this is on the track and Gemma Steel is on the road! Lots of photos, including a recent training trip to Ethiopia. 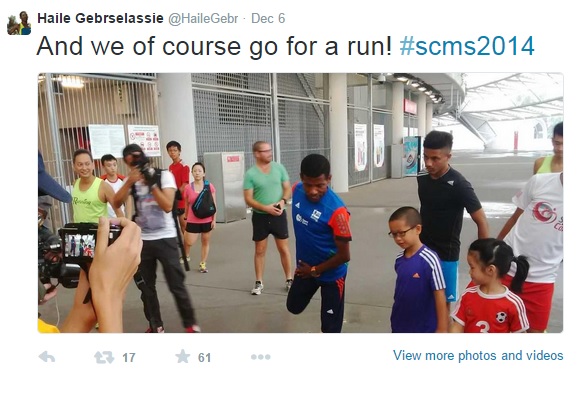 The man, the legend – Haile Gebrselassie won ten gold medals at major championships between 1997 and 2003 for a range of distances from 1500m to 10,000m. He then broke records at the marathon distance and still runs and does other benevolent work around the sport.

Sprang from local legend to national star in 2014 after first coming fifteenth in the 2014 London Marathon in 2:16:27, thus qualifying for the Commonwealth Games. Steve went on to smash his PB with a time of 2:15:16, coming tenth in Glasgow. Writes a meticulously kept training blog and tweets too.

Great Britain’s Olympic Steeplechaser and daughter of famed British distance runner, Liz Mccolgan. Having fun and showing what’s needed to make it at an elite level, through photos of her training. 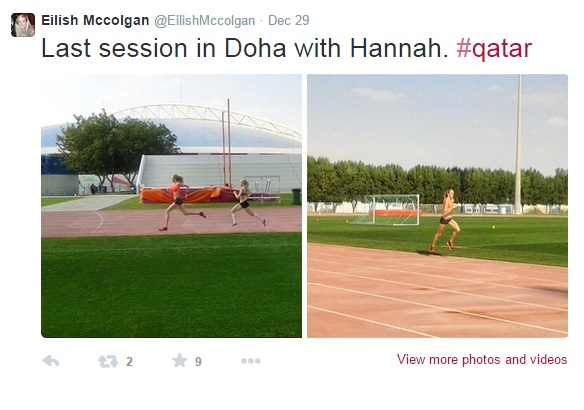 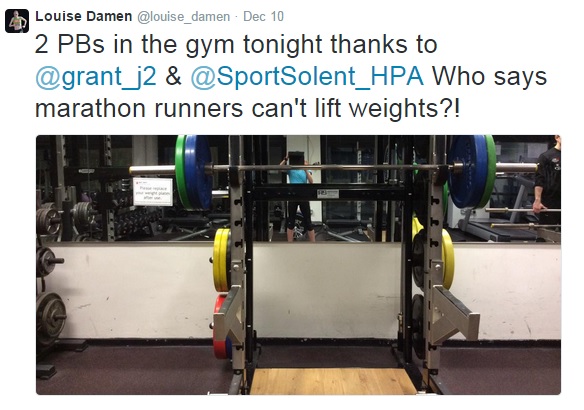 Winchester’s own Louise Damen represented Great Britain at the Commonweath Games in 2014, coming seventh in an amazing 2:32:59. Follow her on Twitter to see pictures of gym work and training out in the New Forest! 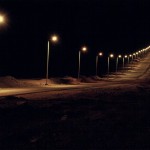 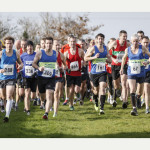